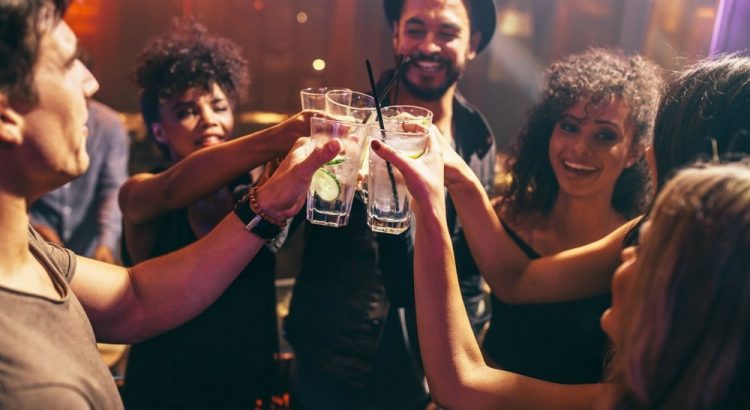 Playing games and drinking is one of the finest ways to keep a crowd entertained and make any event memorable. But what if you could combine the two and mix in some fun party drinking games now and then to keep things interesting?

We’ve compiled a list of the greatest games you can play that don’t require any special equipment and can be put together in minutes.

So, without further ado, let’s have a good time while remembering to drink responsibly. 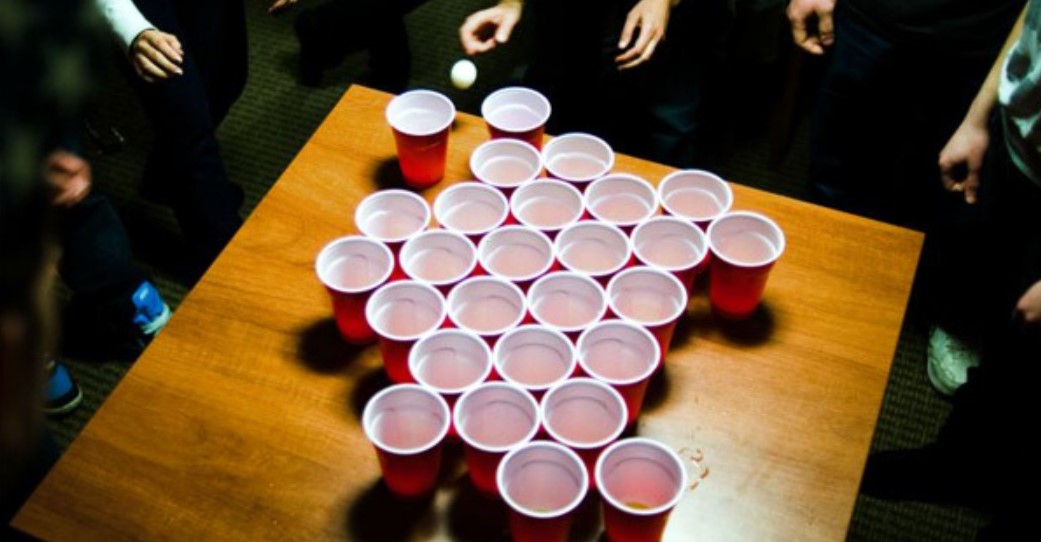 This is a party classic and for good cause. It appears to be simple to accomplish, and it makes you laugh and compete while having a great time.

Beer pong should be played with beer since it involves a lot of drinking.

When two or more players place the beer-filled cups in the shape of a triangle on the table, the game is ready to begin. The other player must now throw the ping pong ball, and if it lands in the cup, you must drink.

The winner is the first player to collect all of the cups on the opposing side, but who is counting at the end of the night?

Another game with a well-known name, but with a twist. Instead of plain wooden blocks, each one must have a challenge written on it. This may be as creative as you like, or as basic as “Drink a shot.”

Players take turns pulling out Jenga blocks and completing the stated challenges. The game grows more enjoyable and messy as the amount of alcohol consumed increases.

If the player knocks over the pile, he or she must complete two random challenges.

Never Have I Ever

This game is a fantastic icebreaker that will make you laugh while also allowing you to learn more about your buddies. It’s a tricky game and the goal is to go around the circle and have each participant utter a phrase like:

“Never have I ever been arrested”

Everyone in the audience who has been arrested, for example, needs to drink something. This is best played with little shots or sips, as depending on the questions, everyone can get quite intoxicated pretty quickly.

It’s a lot of fun and a little humiliating, but the night will be remembered.

This game is fantastic for getting the party started and providing some chuckles along the way.

Players must write amusing and humiliating things on paper and place them on the table. The next stage is for individuals at the party to take out notes at random and try to appear serious while reading.

They should drink if they “fail” and start giggling.

This seems simple enough as there are no additional rules, but after a few drinks, everything seems more fun, and keeping a straight face is difficult.

This game was recently developed, or rather, taken from a popular TV show.

It consists of a couple of players sitting in a circle with drinks in their hands. In the game, one player creates an assumption about another player. For example, “Ben, I believe you despise your work,” and if this is true, the other person should drink.

This may be a wonderful approach to get to know your friends better and divulge some secrets while having a good time.

When you just have an hour to party before moving on to the next location or club, you typically want to become a little tipsy to have more fun. This is why you should play Power Hour.

It’s really simple to set up, and all you need are some music to play in the background. The tune will change every minute, and you will all need to drink. This entails drinking every minute, so choose your favorite alcoholic beverage with caution.

It’s a fantastic way to warm up for the remainder of the night while listening to music.

This is a fantastic alternative if you’re searching for fun games to play when drinking. It’s similar to beer pong but considerably more difficult. You’ll need strong shot glasses set up like beer pong, as well as a quarter.

The other player attempts to get the quarter into your shot glass, and if they do, you must drink the shot.

People typically don’t play this game until the end since it gets messy after a few shots, but it’s a lot of fun and an easy way to get the party started.

If you’re stuck on ideas and need to come up with a drinking game quickly, this is a great option because all you need is a couple of people and some drinks. The game begins when the players form a circle and one of them says something like:

“Who is most likely to fall in love?”

Everyone points to the individual they believe best fits the profile, and the player with the most votes has to drink.

It’s a simple and enjoyable way to make fun of your pals and see what they think of you. The longer the game goes on, the more honest and entertaining the questions get.

Do or Drink Game

If you’re feeling fancy and want to spice up your gatherings, games like this one are always available. The players must select cards from two decks, one white and the other black. White cards generally have enjoyable tasks on them, but black cards usually require drinking.

When you complete a drinking challenge, you get to retain the black card, and the player with the most black cards at the end wins.

The King’s Cup is the game to play if you want a fun and fast drinking game. If you draw a certain card from the pile, you must follow a series of rules.

It’s a lot of fun, and everyone likes it.

When you’re looking for a game for adults, we’ve got a quick and easy solution. Any of the aforementioned games will make you giggle and have a great time.

When there are tales to be told and party & drinking games to be played, every house party will become popular.